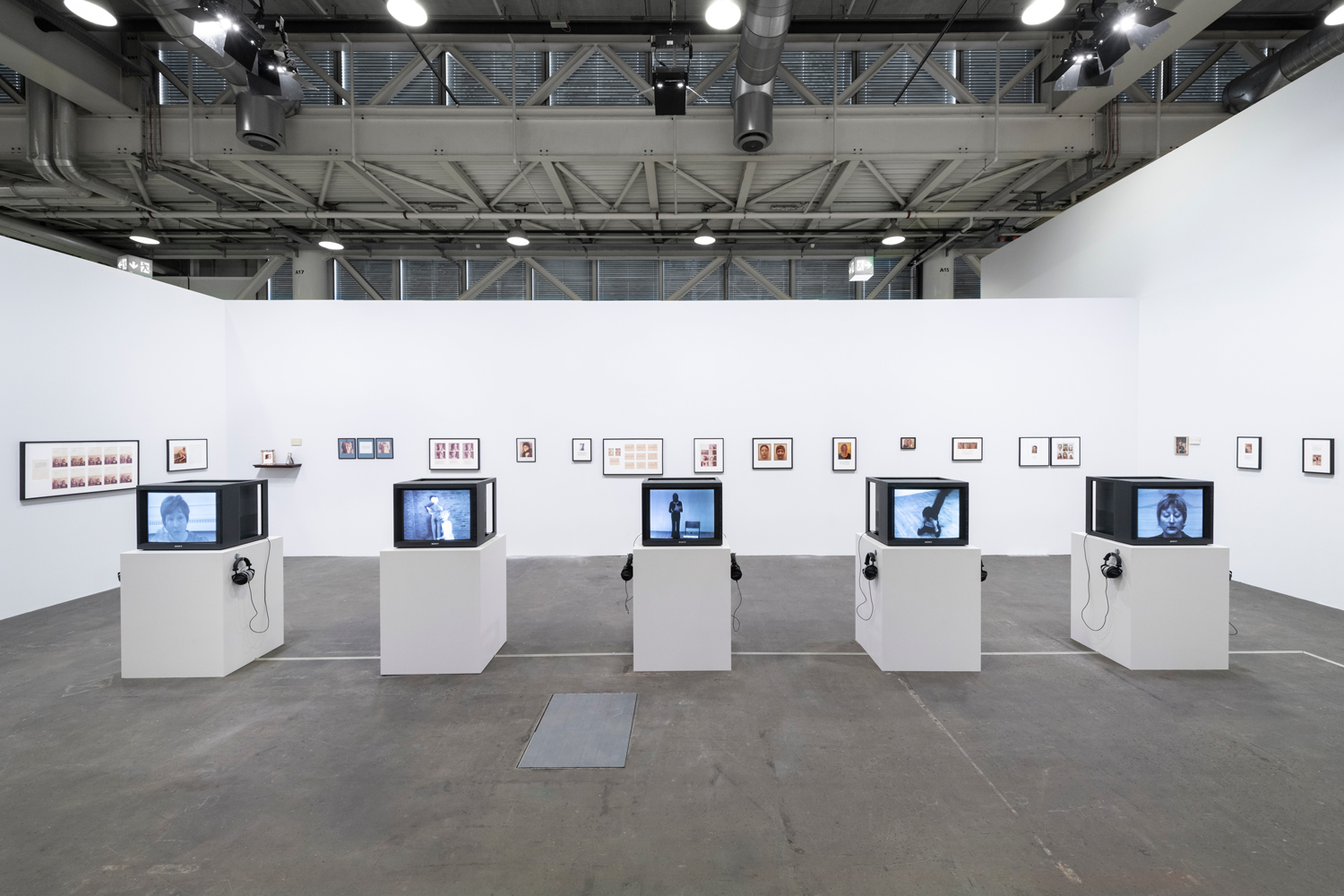 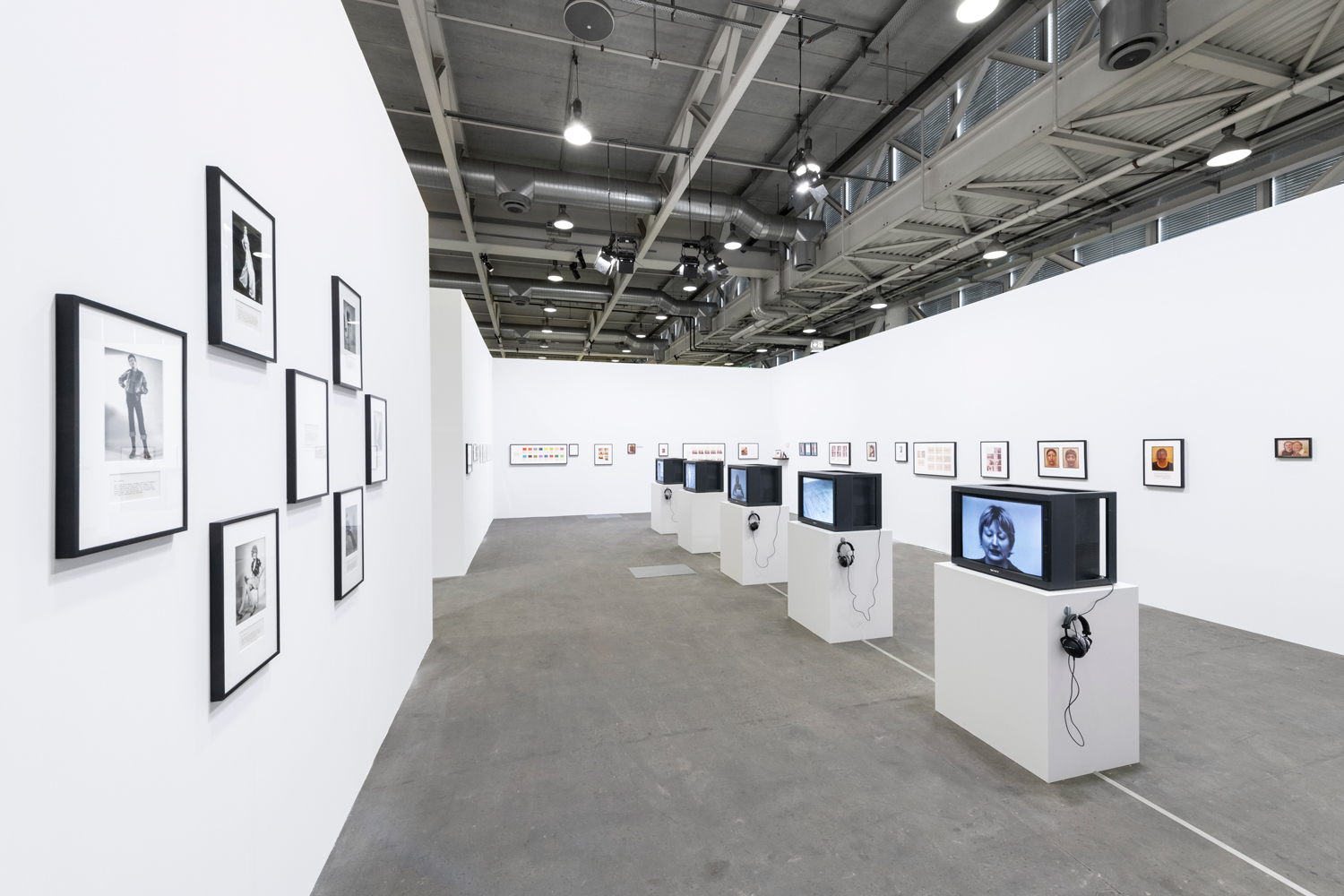 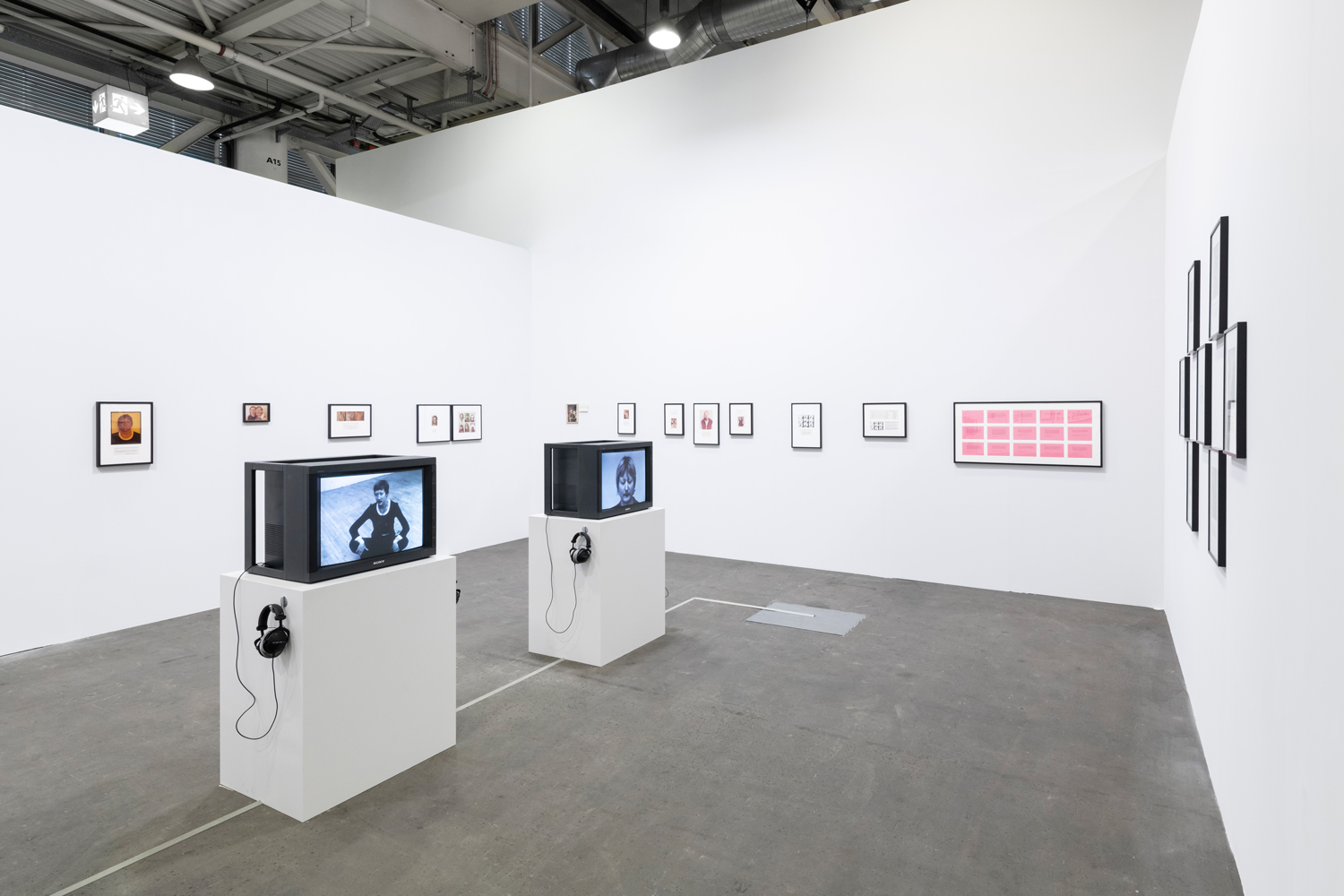 Born in 1947 in Philadelphia, she lives and works in New-York.

A real pioneer in using performance as an artistic medium in itself, Martha Wilson stages her body, and as an actress would do, grinds and transforms herself, creating multiple self-portraits becoming subversive characters. She creates innovative photographic and video works exploring her female subjectivity through role-playing, costume transformations, and "invasions" of other people's personae.

She founded the group DISBAND in 1976, active from 1978 to 1982, a defining moment in her career. Composed exclusively of women artists based in New York, the group is made up of Barbara Ess, Ilona Granet, Donna Henes, Daile Kaplan, Barbara Kruger, Ingrid Sischy, Diane Torr, and Martha Wilson herself. Non-musicians members produce music by singing, shouting, and stomping, blurring the line between performance and live music thanks to their a-cappella songs and their imitations of political gures such as Nancy Reagan, Barbara Bush or Tipper Gore. The group reunited in 2008, thirty years after its inception, at the occasion of the exhibition WACK! Art and the Feminist Revolution organized at MoMA / P.S.1 in New York.

Wilson's early work is now considered prescient. Many of her photo-text pieces point to territory later mined by Cindy Sherman, among many other contemporary artists. Her role as an artist, but also as a federator through the creation of Franklin Furnace Archives or DISBAND, has earned her to be considered by New York Times critic Holland Cotter to be as one of the half-dozen most important people for art in downtown Manhattan in the 1970s