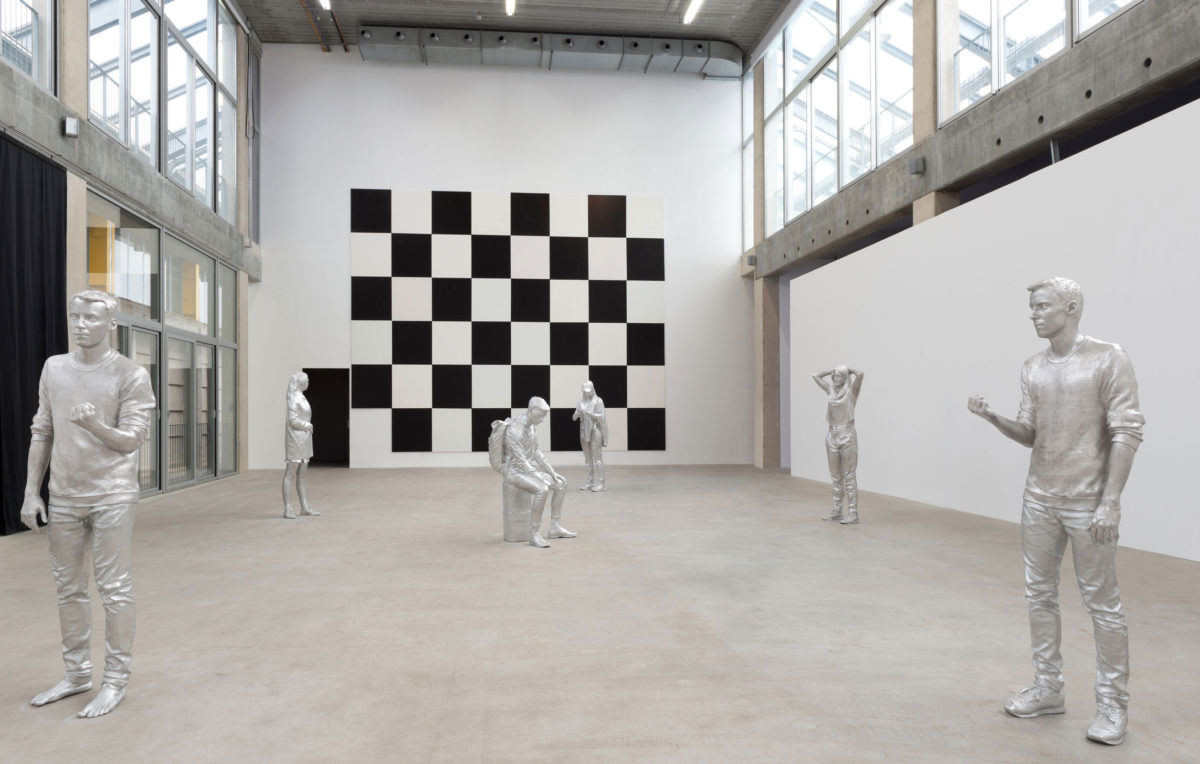 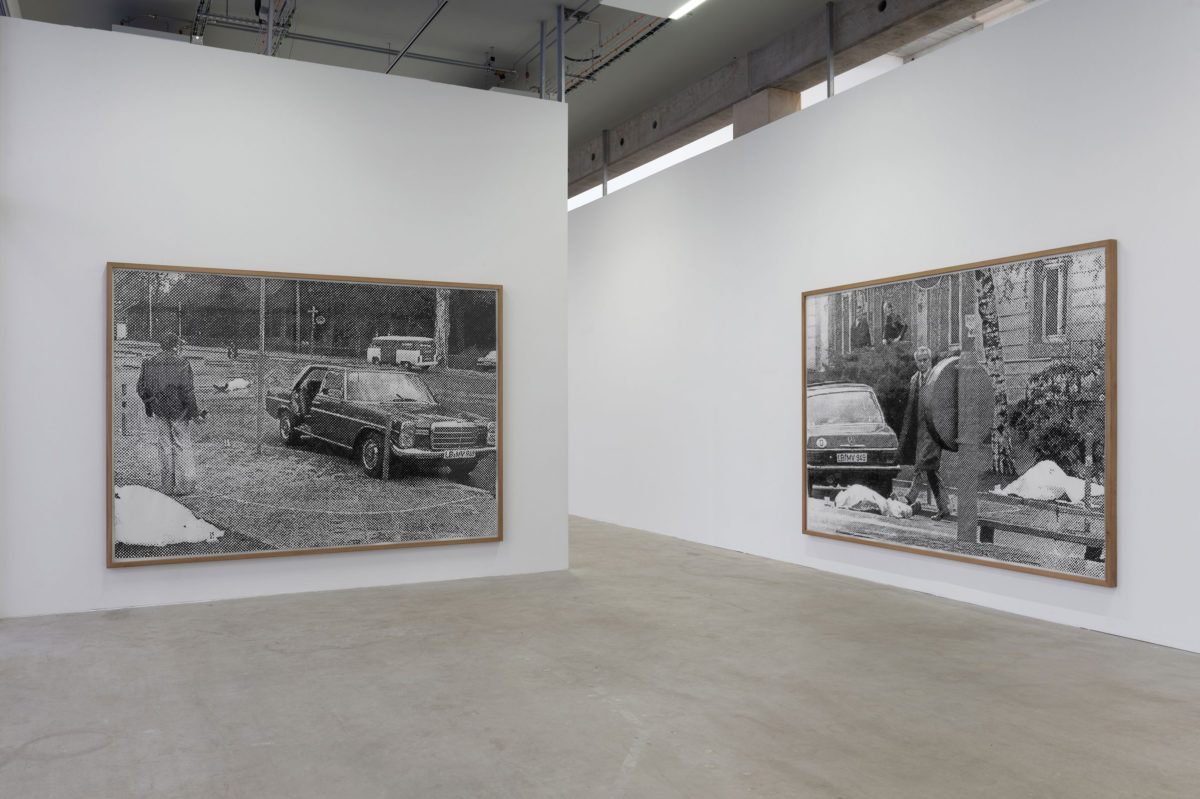 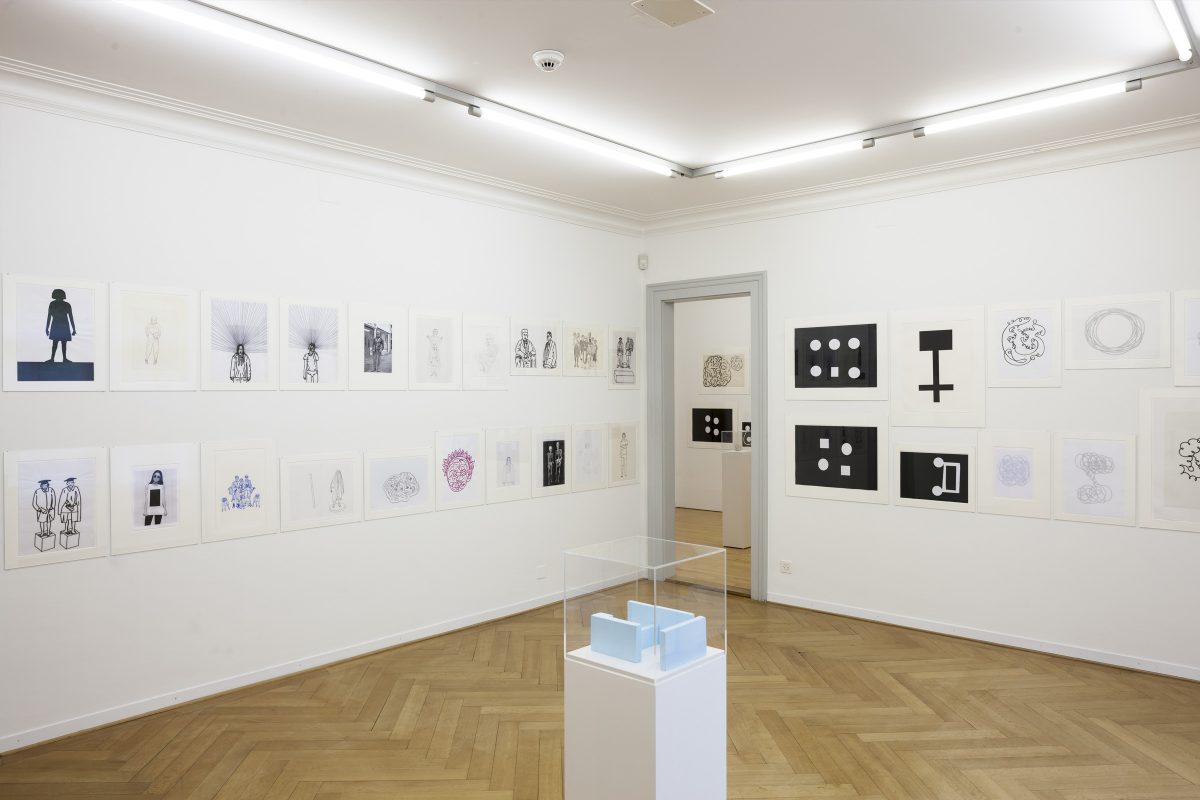 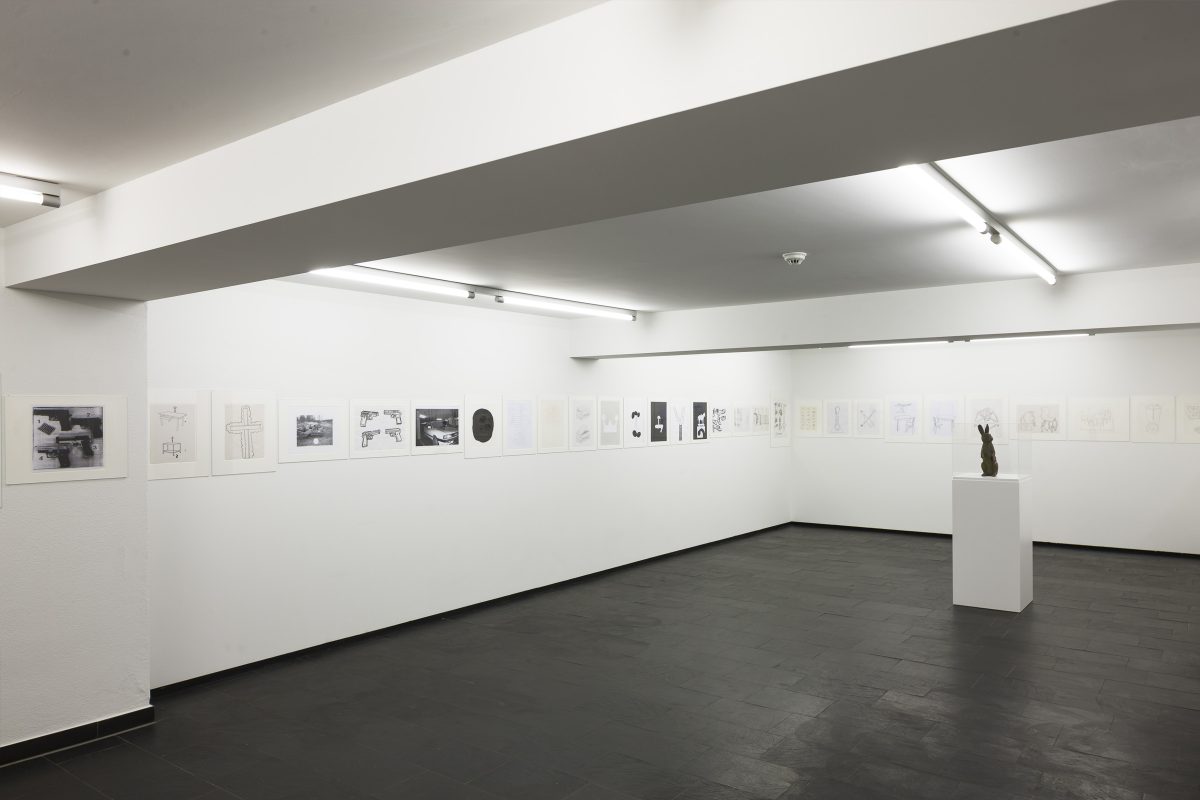 Alex Hanimann was born in 1955 in Switzerland. He lives and works in St. Gallen and Zurich.

"The artist’s approach is part of a set of highly varied contemporary practices at the interface between art and words, which began developing in all directions at the start of the twentieth century. Written language has since become an increasingly prominent feature of the visual arts, and the specifically visual nature of writing has sometimes even resulted in the elimination of all other elements. This is the point of contact between the two facets of Alex Hanimann’s work, which subtly meet in some of his drawings, with the text hovering above the pictorial matter like a heading or contained in an expressive comic-strip balloon.

Alex Hanimann’s work seeks to move beyond purely graphic research, which is not so much a goal as a starting point, a release mechanism for the viewer’s ideas, a linguistic trigger. The artist juggles with words, alert to their meanings and those that may emerge when they are juxtaposed, assembled, underlined, crossed out, read backwards or translated into another language."1

His work was presented in several exhibitions: at FRAC Grand Large - Hauts-de-France (Dunkirk), at the MAMCO in Geneva, at The Kunsthalle in Darmstadt, at The Foundation Joan Miro in Barcelona, at the Münster Kunstverein...

1. Excerpt of the MAMCO press realease available at the address: https://archive.mamco.ch/artistes_fichiers/H/hanimann3.html