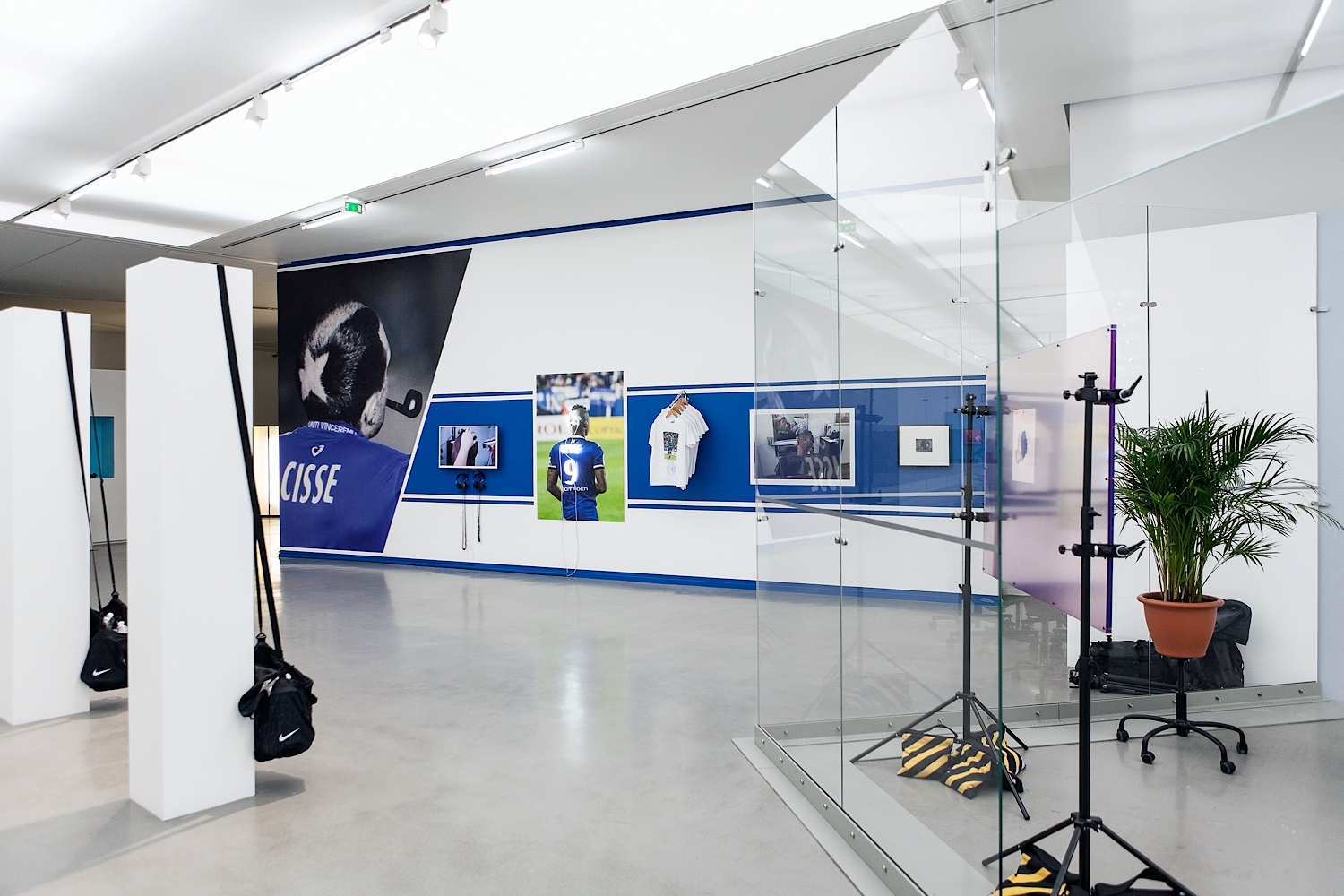 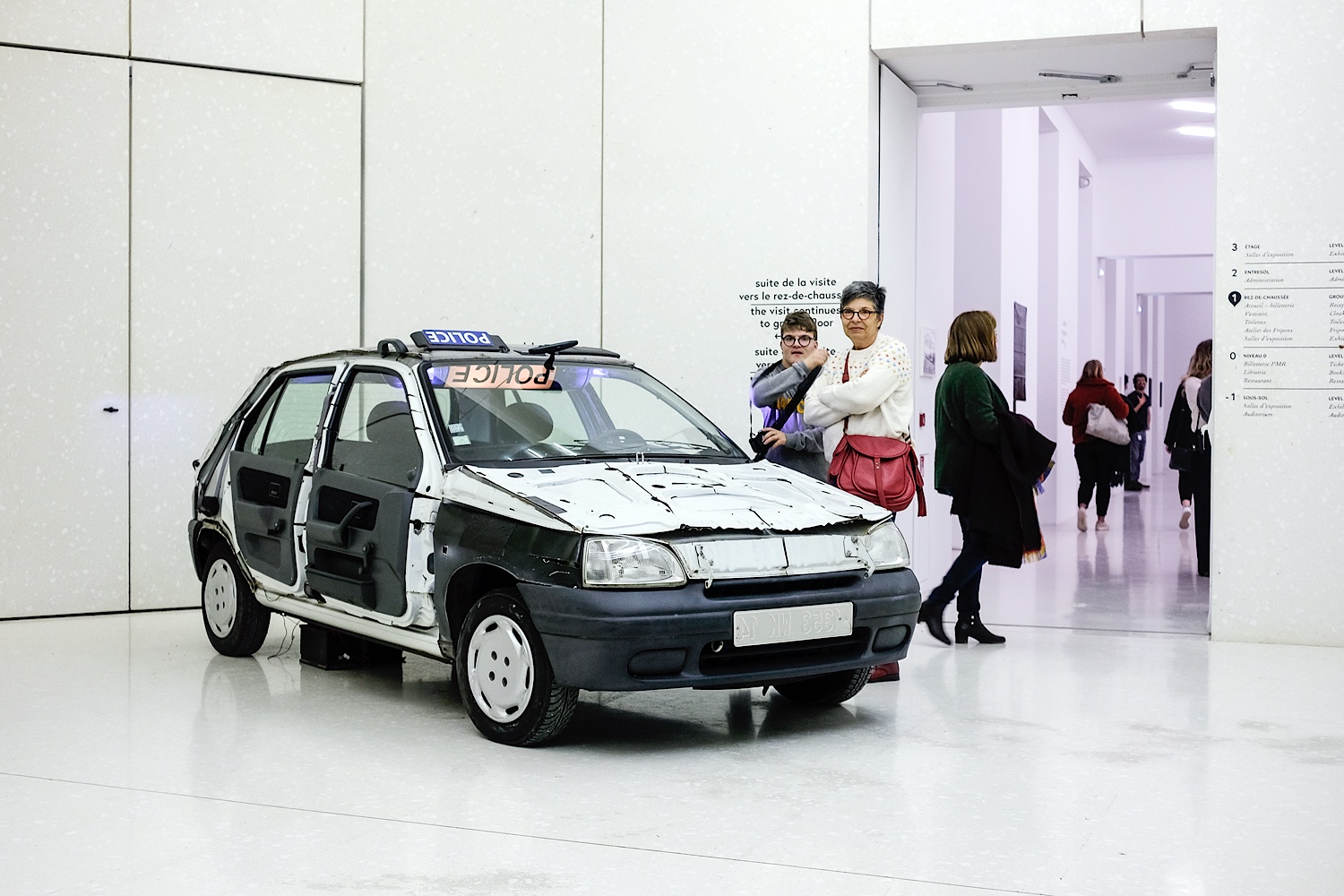 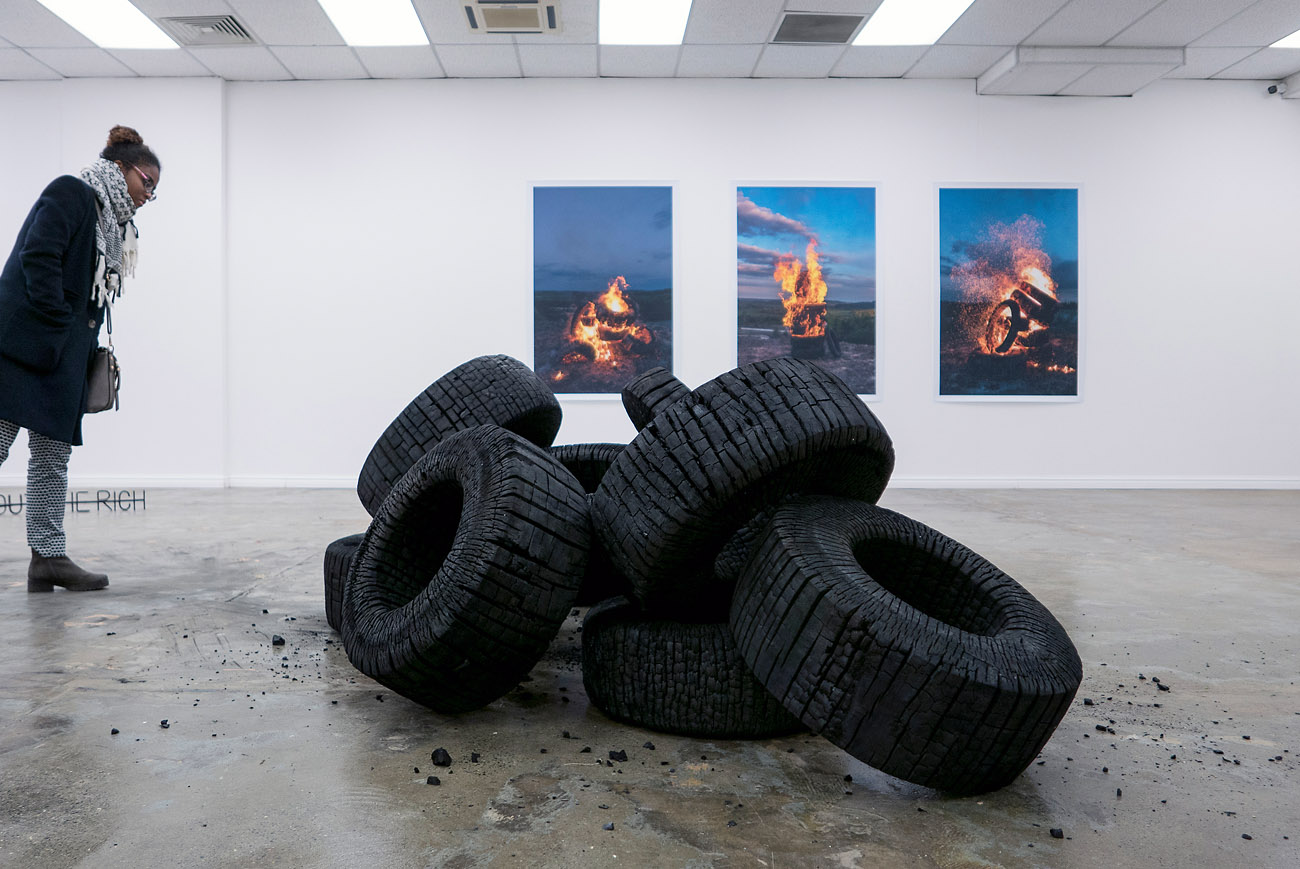 View of the exhibition "Acts of disruption", at The Concept Space, London, 2018.
None Fútbol Club

Nøne Futbol Club, None Fútbol Club or None football club is an artist duo founded in 2009 in Paris. They live and works in Paris.

None Fútbol Club is a duo of artists founded in 2009 and based in Paris.

Their work is a parodic practice of some subjects from popular culture, but it is also made of descriptions of a series of observations and interpretations of the urban world. Their works divert meaning and image and deal with subjects such as success, money, football, cars, law enforcement, bodybuilding, cosmetic surgery, weapons, and even... sparrows.

Hot Wheels is a series of works by None Fútbol Club playing on the name of a brand of children miniature cars and on a literal interpretation of the franchise title. If the American brand Hot wheels originally takes its name from a desire to represent speed by the evocation of wheels heated by asphalt, the work here interprets it literally by burning car wheels...

In 2011 None Fútbol Club started a series of toroidal-shaped charred wooden sculptures imitating the general shape of a tyre. The charring of the wood simulates all the tyre's characteristic grooves and then paints them deep black, producing a striking trompe l'oeil effect.

In addition to the sculpture, three photographs represent a group of burning tyres, re-enacting, in the form of a performance, the act of protest regularly staged during public demonstrations.

These works attest to the polemical and political potential of their work, which, if expressed in a humorous manner, proposes a form of critical discourse by shifting very slightly from the established reality of the object or subject and by leading us to look at it in a new way, without imposing any particular reading.